The first week of March was a little quiet for me in Patchwork Challenge terms with no new species added. Chris meanwhile had seen what would have been new birds for the year for me starting with Coot, then Siskin and today, when I got back from work, he was viewing his photos of 2 Grey Partridge that had been in the garden under the bird feeders just 45 minutes before. I wandered upstairs to get changed but first scanned the marshes. All seemed quiet but as the scope went across the neighbours rush-covered marsh a distinctive black, white and red head with a dagger beak popped up, a Crane!!! Chris and daughters were quickly summoned to share this awesome bird especially as the youngest, with no interest in birds whatsoever, had enjoyed seeing Cranes at Horsey in November despite (or maybe because of) describing them as looking like emus. When she looked through the scope she couldn't see the crane at first but then announced there were two. Sure enough a second crane had stalked out of the rushes. The birds were wary but actively feeding, uprooting various pieces of vegetation and tossing it to the side. They eventually settled in one spot and were still there as dusk fell. The last time I saw cranes here was in 1999 when 3 flew over without stopping so despite living on the edge of the Broads they are remarkably scarce here.
Much less scarce are Reed Buntings which have been increasing out on the marshes. The garden adjoins the marshes but until about 3 years ago they were very rare in the garden itself. Now, however, they seem to have discovered the benefits of bird feeders. From 1s and 2s in 2012, to 4 or 5 in 2013/14, this year they've become the commonest bird at the feeders with numbers in the high teens. There seems to be a constant procession of birds coming in off the marsh and where there were once just males (why?), the numbers of females are increasing too. 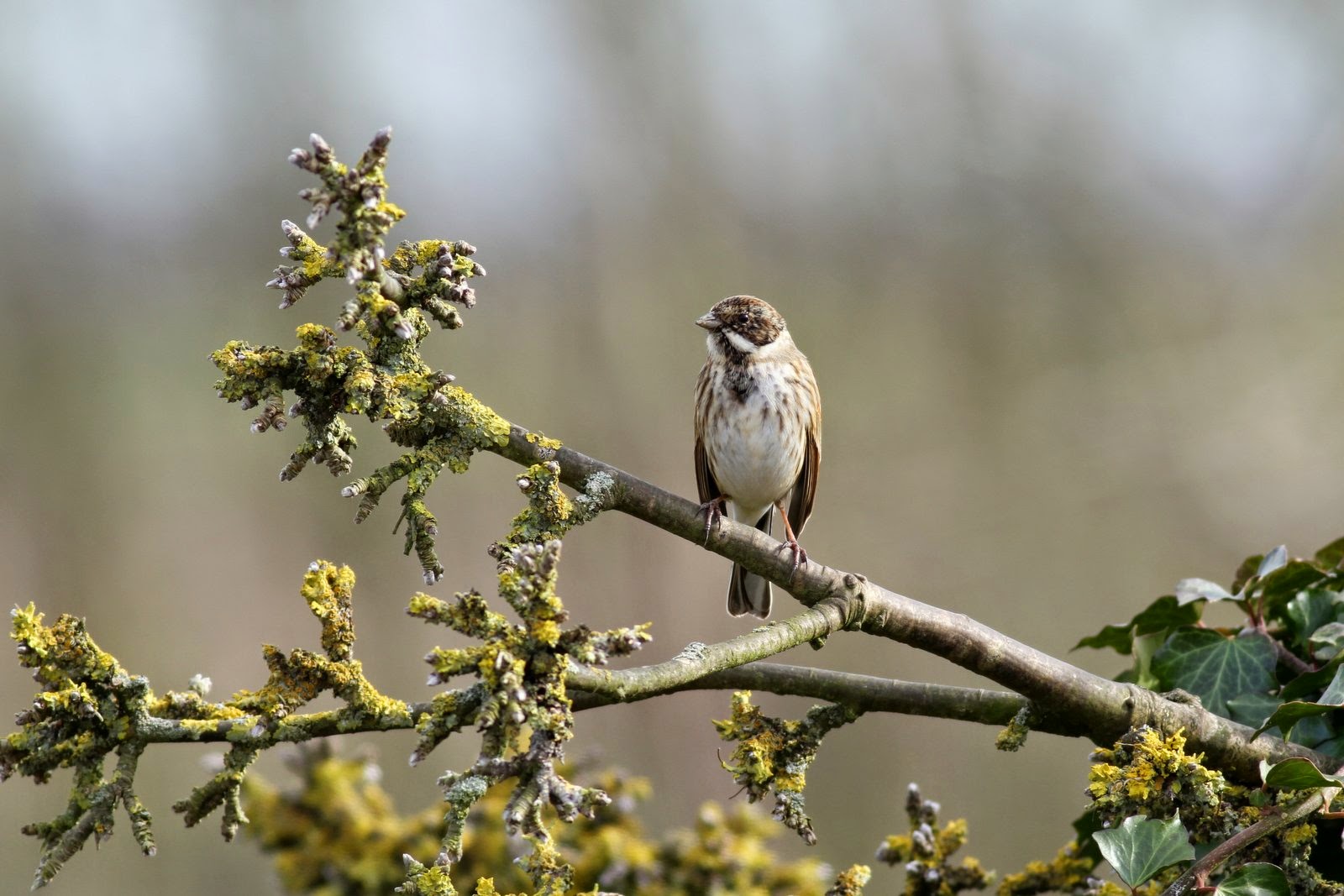 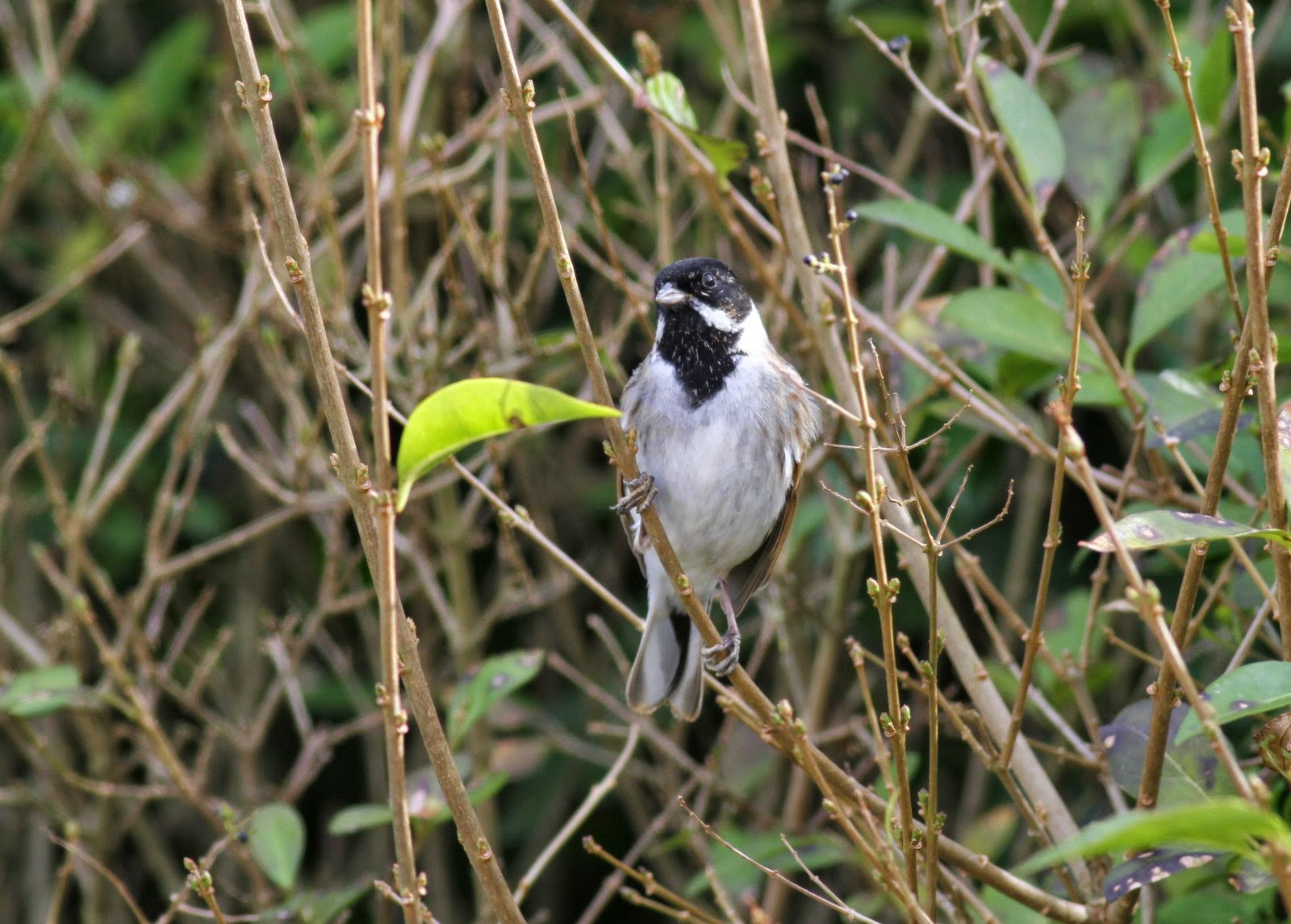 The Tree Sparrows are still here although they are visiting the feeders much less making them harder to see except in the early morning and dusk when 6 of them roost in a favoured hedge. Their chattering calls announce their presence. We were going to get that particular hedge laid this year but our plans have been postponed until next year so as not to disturb them. 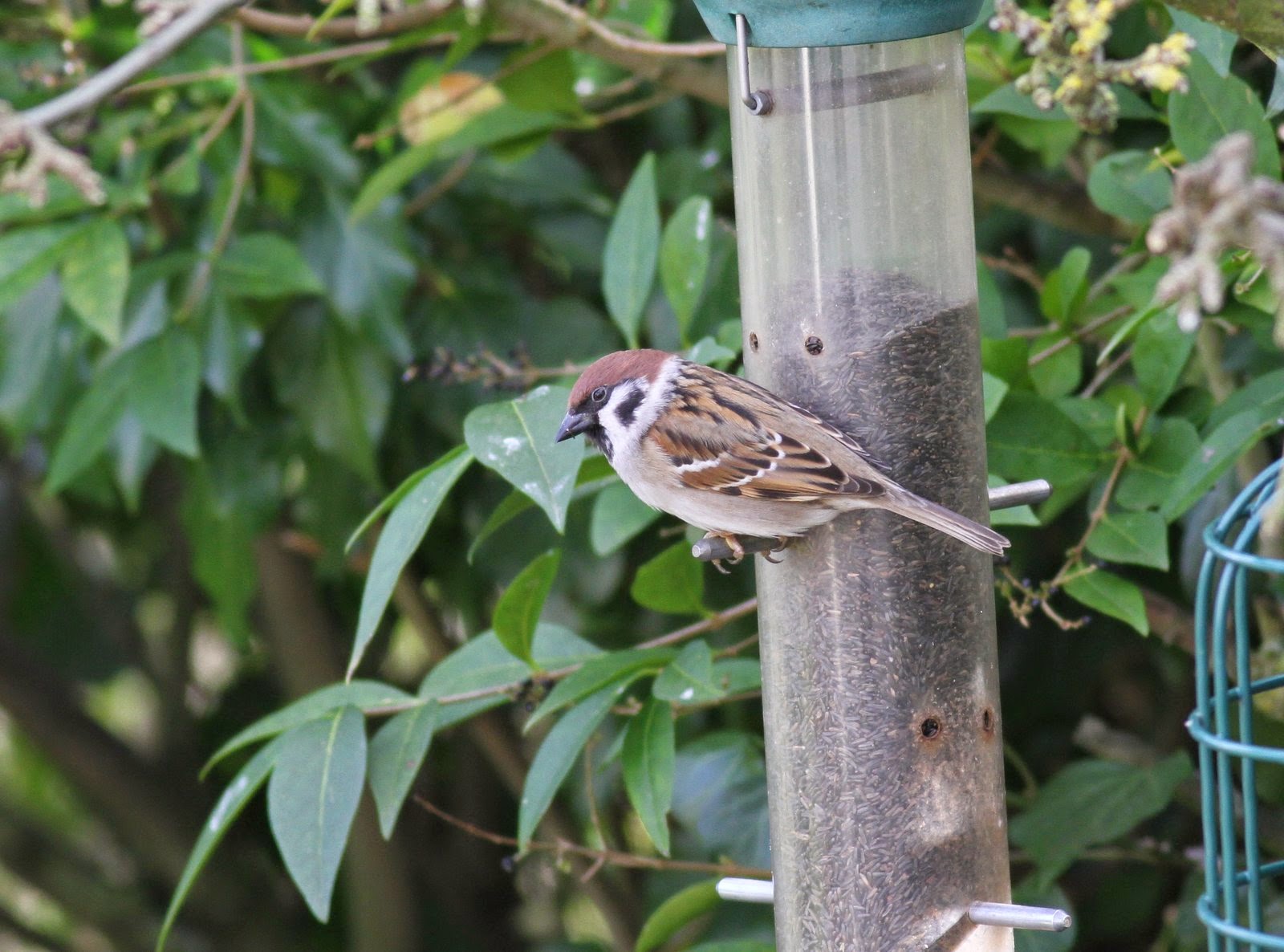 Away from home, although not far, I made a second attempt for the Richards Pipit at Breydon Water on a beautiful spring-like Saturday afternoon. I walked as far as the obvious large single bush near the small wind-pump scanning the fields as I went with no luck, just Stonechats, Meadow Pipits and Skylarks. It seemed an impossible task with a vast amount of suitable habitat. Working my way slowly back I spotted a movement not far in to the field and there it was, feeding in the grass, going in and out of view but still showing well. Despite years of birding in Norfolk this was a Norfolk tick (although Suffolk birders will disagree on this point).
Posted by Unknown at 21:24