The arrival of  a Laughing Gull in February on The Wirral sparked a little interest in me. I have only seen 2 in the UK, the last in 1992 but New Brighton is a long way from Norfolk so I let it lie. However back in January I had been booked by my boss on a one day course in Chester. As the course date approached I noticed that New Brighton and Chester aren't that far apart and joined very conveniently by a handy motorway. With my course not starting until 9.30 I would have a an hour or two to look for the gull beforehand although with some birders not seeing the bird until mid-morning I was hoping I'd be lucky.
I arrived by the side of the Marine Lake at 7.20 on Thursday morning with a brisk chilly wind blowing . Things didn't look promising, there wasn't a single gull on the lake, and just one Cormorant, a Canada Goose and a Redshank graced its surface. However within 2 minutes gulls appeared wheeling overhead as if drawn by the feeding potential from a human figure. Amongst the Black-headed and Herring Gulls was a medium-sized gull with a droopy bill, the Laughing Gull itself, which did a couple of flypasts before dropping down on to the pontoon immediately below me, the only gull to do so. It stayed there for half an hour, just once taking off for a quick circle around above my head before dropping back on to exactly the same spot giving scope filling views. 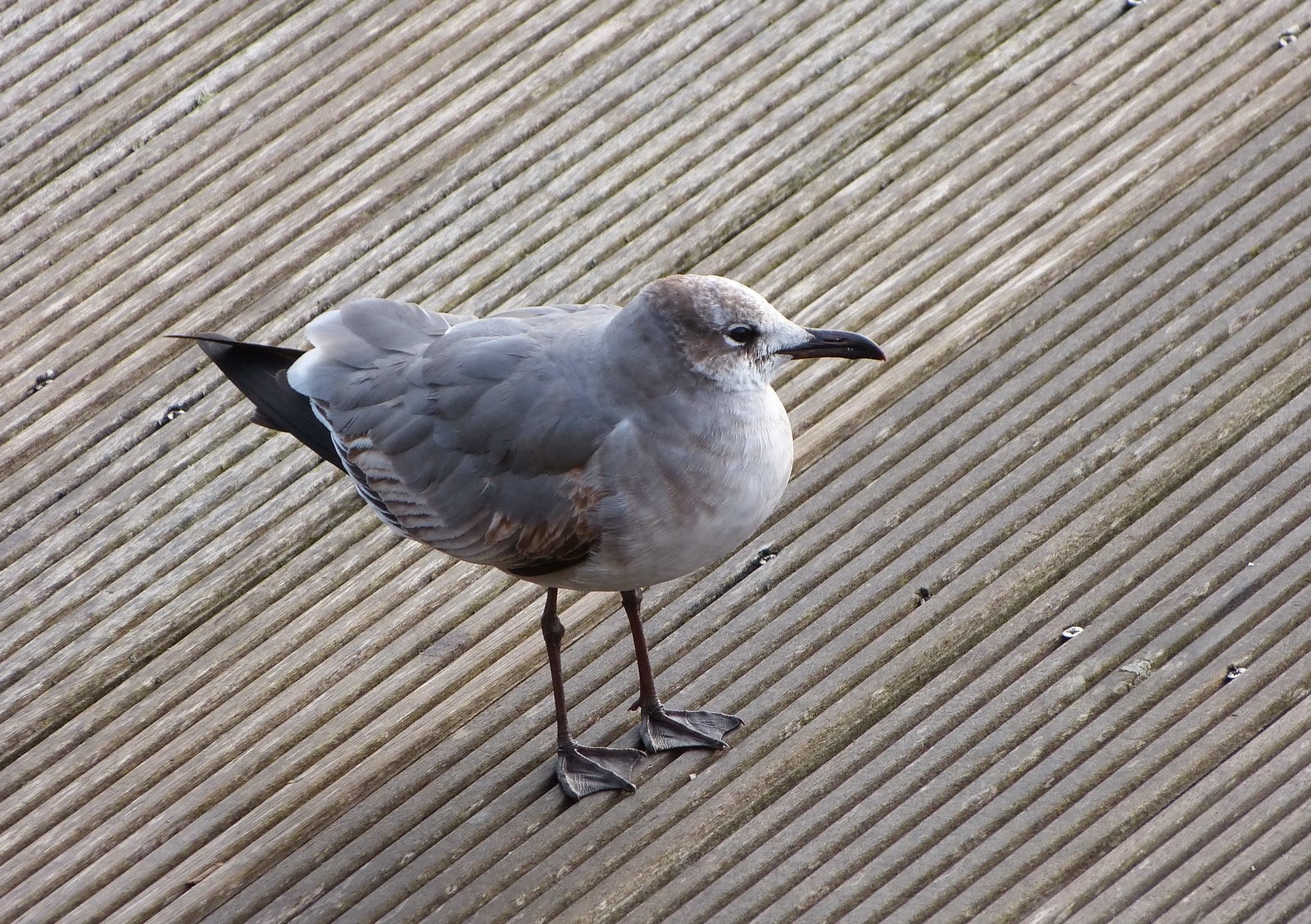 I couldn't have hoped for a better outcome, a cracking bird, performing perfectly and on expenses! I even arrived early for my course